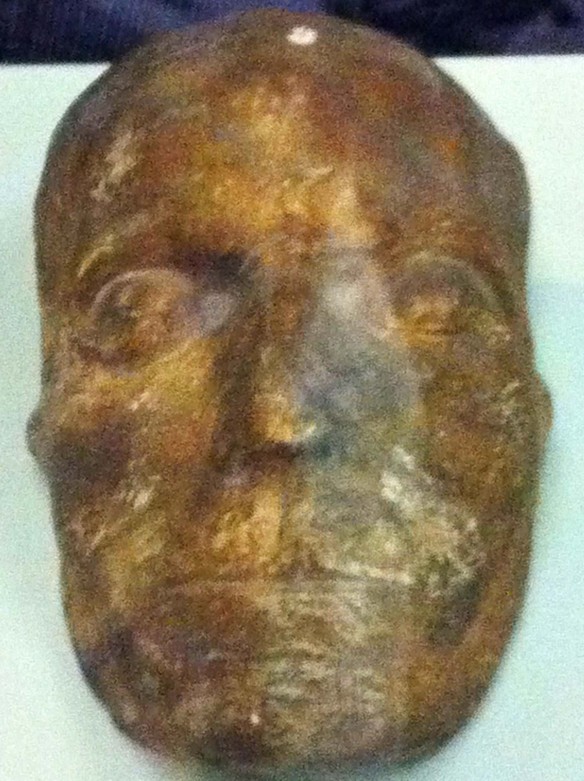 This is the death mask of the United Irishman Jemmy Hope which is on display at the Ulster Museum in Belfast.
James Hope (1764-1847) was one of the few working class men (he was a linen weaver) known to have played a leading role in the largely middle-class United Irish movement which led the 1798 rebellion. His gravestone at Mallusk Co. Antrim reads

‘an honest man, steadfast in faith….in the best era of his country’s history a soldier in her cause and in the worst of times still faithful to it.’