This plaque was erected on Dorman’s Chemist shop in Coalisland in 1996 to commemorate “The Cinema” which had perviously been on that spot. Up until it closed in 1985 Coalisland Cinema was the oldest existing “Picture House” in Ireland and Britain. It was founded as “The Picture Palace” on 15th December 1922 and four names that appear on the original company articles of association were James Joseph Canning (Butcher, also my great uncle on my mothers side) John S. Lytle (Grocer and Spirit Merchant) Edward Byrne (Chemist) and John K Stewart (Mill owner) The witness to the company documents was John Corr (Solicitor, a grand uncle on my fathers side) Those were the days of the silent movies of Chaplin, Keating etc and the music for them was played live in the cinema by Paddy Hughes who lived in Main Street. Some controversy surrounded the early days when the local parish priest and some “good citizens”, worried about the images of scantily clad ladies on the big screen, campaigned against the cinema and as a result the catholic members of the Picture Palace Company withdrew. In 1929 two brothers originally from London via Waterford, Bill and Albert Bernard (but called the “Barnett” brothers by many in the town)  ran the now renamed “The Cinema” until the mid 80’s This was a magically place which showed four main features every week. My friend Ronan McSherry writes about “The Cinema” in his recently published book “Ronan’s Rants” 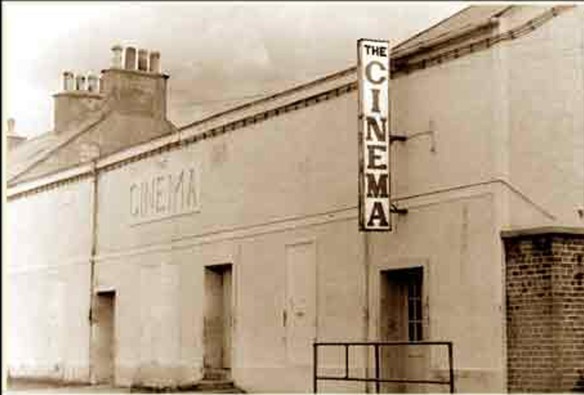