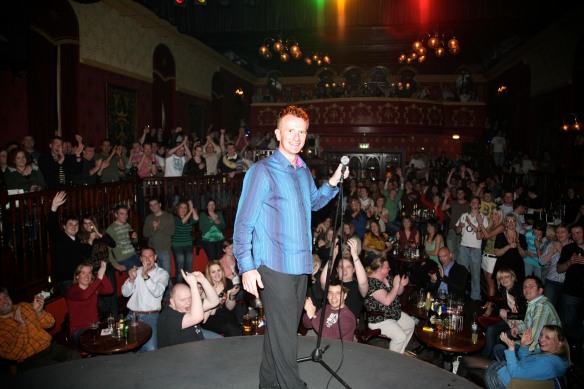 This is Jake O’Kane the Belfast-based stand-up comedian, and a resident compère of  longest running comedy club, The Empire Laughs Back at The Empire Music Hall in Belfast. I took this a while back and it was a nerve wrecking moment when I had to join Jake on stage. It was at that moment that I realised I could never do stand up.

O’Kane has toured extensively, working with some of the biggest names on the comedy circuit and has also appeared at some of the country’s top comedy clubs including The Stand, Jongleurs and The Comedy Store.

Jake’s television and radio credits include appearances on the award-winning ‘The Empire Laughs Back’. More recently, Jake hosted and performed on the BBC NI stand up show ‘One Night Stand’ and is resident panellist on ‘The Blame Game’ on both TV and radio