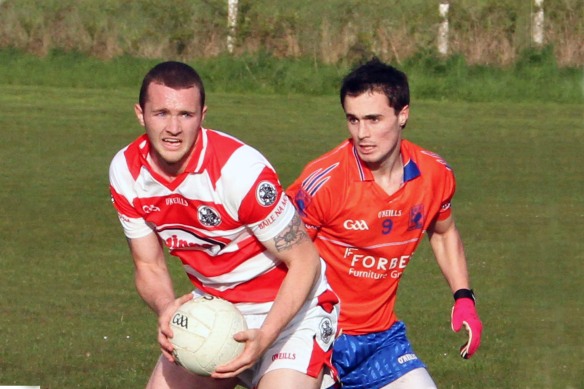 This is action from a gaelic football match which I was covering for a local newspaper the “Tyrone Herald” on saturday evening between Moortown (red & white hoops) and Ardboe. The teams are near neighbours and as a result there is intense rivalry between them. This game had an extra edge as one of the Ardboe players had recently defected from the Moortown team. This is a rare enough event in club football especially were a player goes to play for the “other side”. Ardboe were the eventual winners of what turned out to be a very poor game. The two players are Peter Devlin (Moortown) and Shea McGuigan (Ardboe)