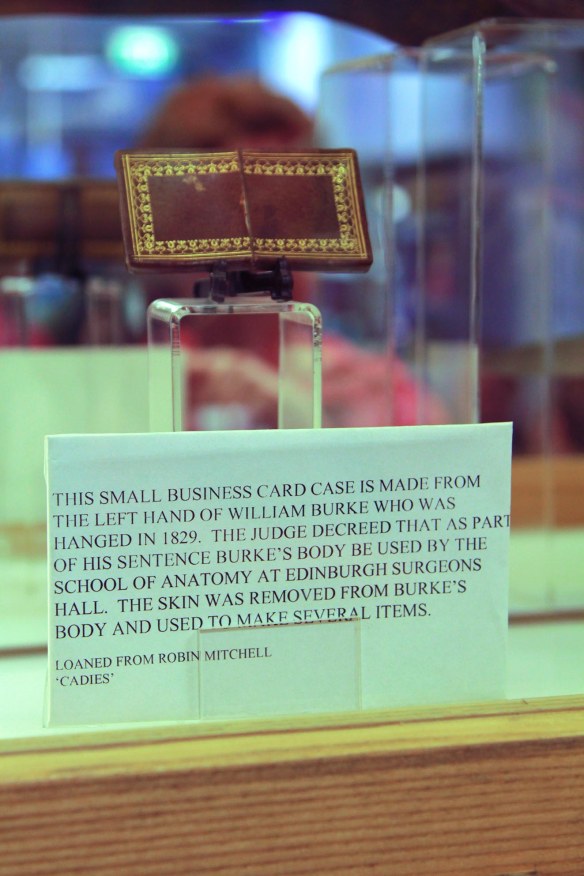 As the notice states, this is a small business card holder made from the skin of the left hand of William Burke. He was one half of a murderous duo Burke and Hare famous for acquiring bodies for the use by medical practitioners between the years 1827 and 1829. They chalked up 17 victims in that time. William Burke was born in Urney, County Tyrone in 1792 and moved to Scotland around 1815. He worked as a navvy on the Union Canal were it is thought he first met William Hare. After they were caught in 1729 William Hare was granted immunity from the law in return for testifying against Burke, who was found guilty and executed in Edinburgh by hanging on January 28th 1829. He was then publicly dissected at Edinburgh Medical College and his skeleton remains on display at the college museum. This card holder made from his skin can be seen in the police museum on the Royal Mile in Edinburgh and his “death mask” is on display at the National Portrait Gallery of Scotland Queens Street Edinburgh.