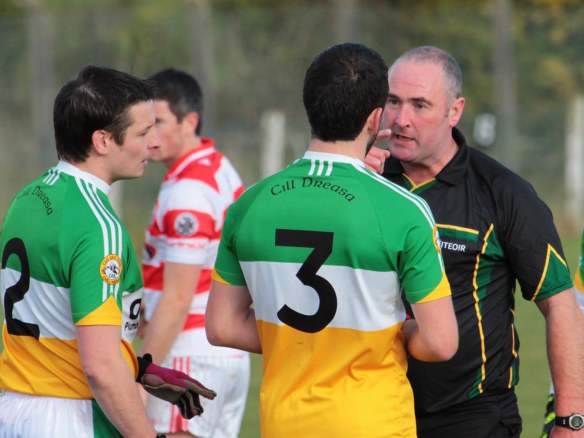 This is Tyrone referee Martin Sludden officiating at a league game in Tyrone Moortown v Kildress. It was a relegation battle which finished in a draw 1-8 to 0-11. A couple of years ago Martin was the most famous referee in Ireland when he was in charge of the Leinster Championship Final between Meath and Louth. Louth were appearing in their first provincial final in fifty years and deep into injury time looked like they were going to win the game. However Martin awarded a very controversal goal to Meath which resulted in a final score of 1-12 to 1-10.