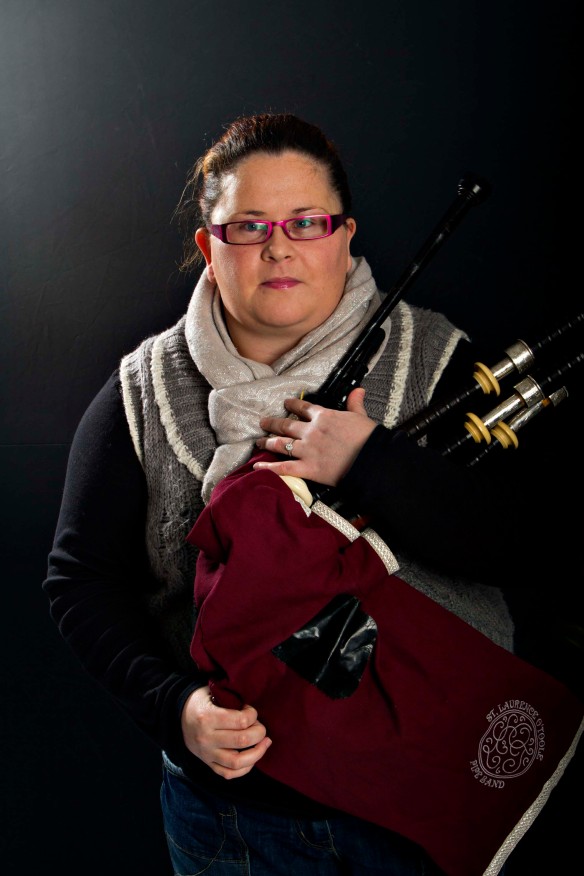 This is Rachel Corr from the same town as myself, Coalisland Co Tyrone but we are not related.  She is a brilliant piper with several All Ireland solo piping titles to her name and has played with some of the best pipe bands in the country including Cullybackey pipe band with whom she won an All Ireland grade 2 title. She currently plays with one of Ireland’s premiere pipe bands St Laurence O’Toole under the leadership of Terry Tully  with whom she won an All Ireland, European and World grade 1 title in 2010.  St Laurence O’Toole has had a connection with this part of Tyrone going back to when it was founded in 1910. Thomas Clarke a Dungannon man was it’s first president.

The band was formed at a meeting organised by the St. Laurence O’Toole Gaelic Athletic Association Club in the CBS school, Seville Place, Dublin. The main mover in forming the band was Frank Cahill. Frank was for many years an Alderman of Dublin Corporation and later a member of the new Irish Parliament (Dáil Éireann). Amongst those present at the meeting were Pádraig Pearse, Thomas Clarke, Sean McDermott, Arthur Griffith, Douglas Hyde (later to become the first President of Ireland), and the famous Irish playwright Seán O’Casey who became it’s first Secretary. O’Casey acted in many plays staged by the St. Laurence O’Toole Dramatic Society to raise money for the bands in it’s formative years.